How will consumers react to new curbs in Europe and elsewhere 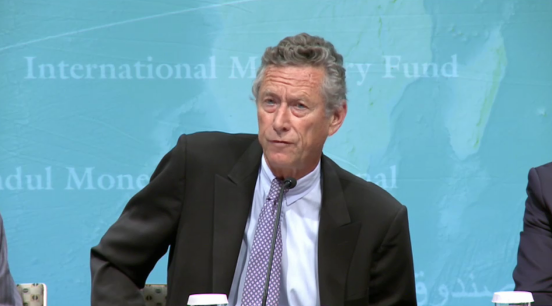 It’s a mistake to believe that consumers will act the same in the second lockdown as they have in the first, according to former IMF chief economist Olivier Blanchard.

This is a topic that I have been trying to explore but it’s all conjecture and guessing.

Here are his thoughts:

Some quick reactions to the new lockdowns in Europe. The degree of uncertainty is much higher than in the first wave. In the first wave, the (incorrect) belief was that the infection rate would quickly decrease and remain low thereafter.

This time, whether we can quickly decrease the infection rate, and whether we can keep it low thereafter, is much more in question. This is likely to adversely affect spending behavior by firms, and by workers.

The current plans are to allow more activity than in the first lockdown, for example by keeping schools open and thus allowing parents to go to work (whether this will have to be tightened is again uncertain), so the supply side effects may be smaller than in the first wave.

But higher uncertainty may lead to a larger adverse effects on consumption and investment, leading to lower aggregate demand, and a potentially larger decline in output.

Fiscal policy may need to be even more generous/aggressive than in the first lockdown.

First: In the first wave, help to firms directly affected by the restrictions largely took the form of loans and delayed payments of taxes. Following the same approach in the second wave would lead to very high levels of debt, and high bankruptcy rates. Thus, help will have to be more in the form of grants than in the form of loans, a more costly option for the government.

Second: Given higher uncertainty, private demand is likely to be weaker, requiring a stronger boost to aggregate demand beyond protection measures. This will probably lead to very high levels of debt. I continue to think that these levels of debt need not create a debt crisis. Interest rates remain low and, thanks to the ECB, are likely to become even lower in the short run.

And the fundamental factors behind the low rates strongly suggest that rates will remain low for a long time to come. Thus, it is highly likely that debt service will remain tractable.

Nothing is for sure in life, and even more so in this crisis. There may be more waves, more spending. Investors may become scared, risk premia may lead to higher interest rates, with the ECB unable to counteract the increase. But the risk is small and must be taken.

Pinching pennies and allowing bankruptcies on a large scale, limiting unemployment benefits, and letting demand collapse would be penny wise and pound foolish. Governments will need strong nerves. Let’s hope they have them.

For bank trade ideas, check out eFX Plus